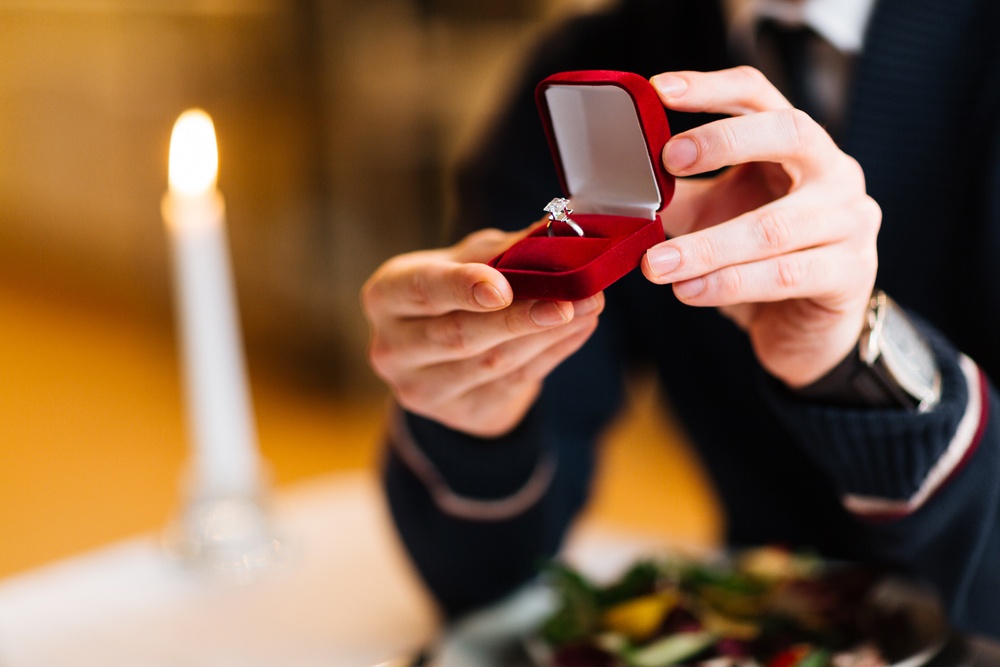 The History of Engagement Rings

Through the years, wedding proposals have always been special on their own. It can happen in a number of ways-- asking the parents first, kneeling down on one knee in the middle of a special dinner, a grand declaration in public with flash mobs or fireworks and so many more. But there's one tradition that remained consistent after all these years-- engagement rings!

A well known symbol of love and commitment, engagement rings have a very interesting history. Have you ever wondered who first started giving engagement rings, why on the left ‘ring’ finger and why they are traditionally for the brides only?

The Ancient History of Engagement Rings

The ancient Egyptians started the tradition of giving engagement rings. Flashback to 2800 B.C., couples exchanged rings made out of braided reeds. They believed circles were symbols of eternity while the empty space at the centre of the rings represented a gateway to a couple's future together.

The ancient Egyptians also started the tradition of wearing the rings on the left hand ring finger which they believe has the Vena amoris or the vein of love, a vein that ran directly to the heart.

During the 2nd century B.C., ancient Romans started the tradition of giving engagement rings to brides in lieu of money or other valuable possessions.

Only the brides had an engagement ring. Back then, the groom first give his bride a gold ring she would wear during the engagement ceremony and special events, but at home the golden ring is replaced by an iron ring, signifying the agreement to his ownership over her.

Rings today may symbolise “I love you” but back then it was “I own you.”

Luckily, as time went by, the Roman law took a different view, they recognised them not as a sign of ownership but like a security to the bride-to-be. 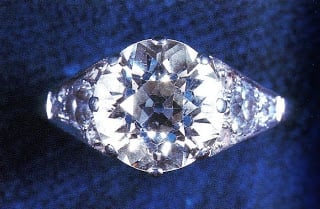 The Rise of Diamond Engagement Rings

Diamonds remain the most classic and popular choice for the centrepiece for any ring. Queen Elizabeth II, Beyonce, Jennifer Aniston, Kim Kardashian and Angelina Jolie are just some famous personalities who own diamond engagement rings.

The first documented instance of proposal with a diamond engagement ring dates back to 1477. Archduke Maximilian of Austria proposed to his beloved Mary of Burgundy with a gold ring with diamonds set to spell out 'M,' her initial. This popularised the use of precious gemstones in rings among European nobility.

1872 marked the discovery of huge diamond resources in South Africa. There was a huge increase in supply back then. However, diamond engagement rings were only popular among nobility and aristocracy, seen as unattainable by those with lesser means. They even became less popular when the Great Depression began and after WWII.

The diamond cartel De Beers reintroduced diamond engagement rings to the public in 1938. De Beers created a marketing campaign to convince people that they could be affordable and that diamonds are the best stone for an engagement ring.

“A diamond is forever, a slogan introduced by De Beers in 1947 made diamond rings extremely popular up to this day. Aside from the meaning that diamond is a sign of everlasting love, it also meant that diamond will always keep its value and forever represent luxury.

De Beers was successful in making women want a diamond ring which in turn encouraged men to buy one for their partners. By 1990, 80% of engagement rings were set with diamonds.

Engagement Rings Today and the Future

Today, diamond is still a symbol of everlasting love and has become the standard for engagement rings.

However, other coloured gemstones are gaining popularity as well, especially after the renowned proposal of Prince William to Kate Middleton with a 12 carat blue sapphire engagement ring.

Many couples are now opting for a more affordable engagement ring by using alternative gemstones or family heirlooms.

We certainly can't predict the future, but we're confident the tradition of giving an engagement ring will never disappear. Some things are really meant to stay forever!